Insightful diversity breakdown of the Google workforce. Would be interesting to know how its Silicon Valley neighbors compare.

After tip-toeing around the makeup of its workforce for a while, Google (s goog) released a blog post Wednesday afternoon that gave a breakdown of the company’s diversity in both gender and ethnicity. 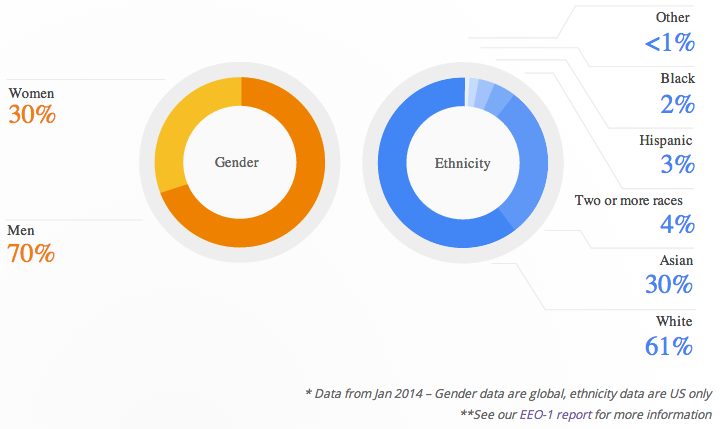 Collected from data gathered in January of 2014, the employee base of Google is predominantly white and male (61 percent and 70 percent, respectively), with nearly a third of employees identifying as Asian.

But the overall numbers not entirely representative of the diversity in the company’s most important parts. For example, employees in leadership roles at Google are 72 percent White and 79 percent male: 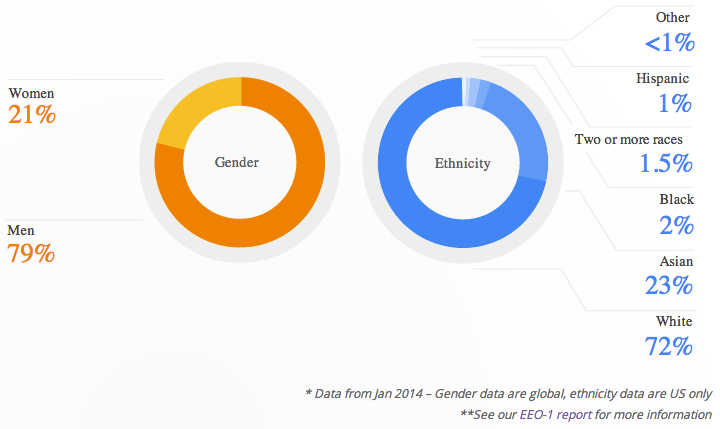 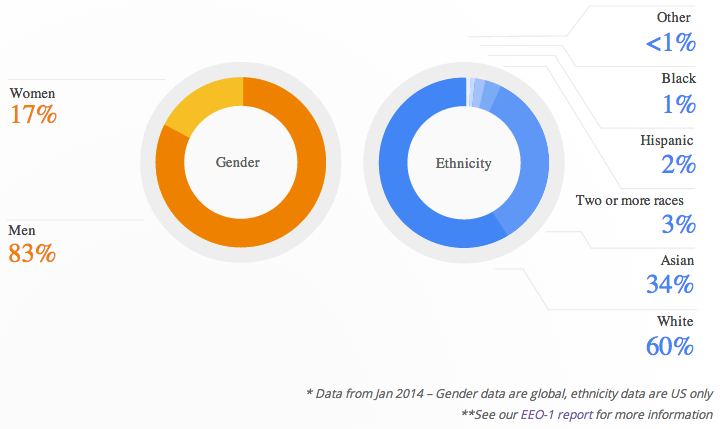 Laszlo Bock, Senior Vice President of People Operations and blog author, said that Google is actively trying to recruit more women and minorities for its staff:…